Okay, so far I’ve been here, in Indonesia, for about 9 days. Taken off and landed in an airplane 4 times. Stayed at 2 hotels. I bought a 14 Indonesian CDs. It’s about 30° celcius. The car we’ve been sitting in drives an average of 30km/h. I made about 600 pictures.

In an Internet cafe in Indonesia

I’ll stop with my broken Indonesian now. We first arrived in Bali, and stayed in Kuta at the Kumala Pantai hotel, which was awesome. We toured across Bali and saw lots of stuff, beaches, temples and all that. The heat wasn’t all that hot, it was nice actually, in Bali. But here in Malang now, it’s pretty hot.

This is a small portion of my language books and dictionaries. I’ll be bringing my Indonesian phrase book and the Indonesian dictionary. I told myself to prepare and read through a few lessons and excercises of the thing Bahasa Indonesia book, but I kept procrastinating it until it was too late.

I hope I won’t get lost there.

I should learn the phrase book while I’m on the plane. I hope it’s not too late to learn and remember it all. But I’ll probably just sleep during the flight.

And wake up somewhere else.

Even if I don’t play a lot

Okay, I admit. I’m not very good and I don’t play very often. But I will miss my guitar(s) (my bass isn’t in the picture) whenever I go on vacation. But, oh well, there’s tons of other cool stuff to make up for it. I’m sure I won’t be bored at all.

Hmm, I got bitten by mosquitos even here.
I hope it won’t be worse in Indonesia.

Moo: Attack of the Giant Cows

You can see this cow when you’re on a major highway here. I have no idea why it’s there or what it’s for. Maybe it’s some weird advertisement stunt. Or some art project. I don’t know what else it could be, because it has been there for some time, so it’s not some weird prank. Or maybe it is.

I live in the Netherlands, so I usually listen to English and Dutch music. And I have still a lot of original CD’s, which aren’t limited to English and Dutch music. Here you can see part of my Asian music collection. Chinese on the left (I have lots more), a couple of Japanese on top, and my Indonesian CD’s are on the right. I’m hoping to pick up more new CD’s at my stay in Indonesia.

A few of my favorite bands and artists are Potret / Melly Goeslaw, Padi, Cokelat, Sheila on 7.
Suggestions for cool Indonesian pop music are welcome, please post a comment :).

Plugs: echa Rachel Brenda Michelle maureen Stacy LINDA Liz Diana Kelly Carolyn neno cathryn ZhiWen.
Replies: maureen: I do know a few songs by Kahitna. My favorite from those few songs is Cerita Cinta. Carolyn: Heh, I don’t expect anyone who’s not Indonesian or has ties with Indonesia to know any of those. But yeah, it’s always cool to discover new music. gurge: Yeah, Sesuatu Yang Indah is a great song, I love it too! Andi: My all-time favorite artist is Tori Amos. But sure, recommend me anything 🙂 JKOO: Hmm, maybe I should’ve called this post “Asian music” or something, then…

Packing for the Indonesia trip

I started to pack a little for my trip to Indonesia: anti-mosquito stuff, my passport, sun lotion.

It’s been 20 years since I last visited Indonesia. Back then, I was 4 years old and at that time my grandparents still lived there. But now my grandma lives in Canada and I don’t have any close relatives there anymore, which explains why I haven’t gone to Indonesia for a long time. I guess I only remember my grandma’s house slightly.

For those who are in Indonesia

What would you recommend me to see or to do?

I’m not sure if I’ll have time to meet up with anyone of you, but maybe :). Drop me a message, hehe.

For those who are not in Indonesia

If you were to go to Indonesia, what would you go see or do?

Echa: Thanks! Rachel: Well, like I said, I hardly remember anything either. So it’ll feel like it’s the first time, for me. Brenda: Yeah, the beaches are first on the schedule, hehe. Michelle: I will 🙂 Maureen: Yeah, I have all sorts of stuff for if I get a stomach ache or anything. And I have no idea if those two are on the route. But we’ll see 🙂 Stacy: I will be taking tons of pictures. I have (digital) space for about 500 pictures a day, which should be more than enough, haha. Linda: Thanks! Liz: Well, one of the reasons is that I don’t have any close relatives there anymore… Diana: Yep, I hope using Autan will help against the mosquitos… Kelly: Scared of what? Carolyn: Heh, have fun there! Neno: Bedankt! Jaja, ik neem ook oleh2 mee, hehe. Cathryn: It’ll be hot indeed, while it’s still so cold here… ZhiWen: K’heb alleen weinig reacties 🙂 Maar ja, ik zie wel. Ik weet ook niet of ik tijd heb om mensen te ontmoeten, want ik ben ook afhankelijk van m’n reisgenoten. Andi: Ten years ago? Ahh, you still have time 🙂 hehe. 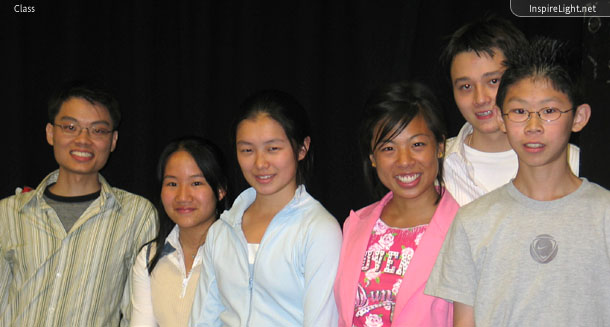 Random post. This is my Chinese school class (me, Kit, Me-Ai, Lieke, David, Joel), taken last Saturday on the last day of school. This is actually half my class, the other half are all oldies (as in parents/grandparents). I’m the oldest one of this young group :(.

The world and love

The world and war

Does the world learn from history? I think not. In our highly advanced society, we are still at war. Apparantly, the two world wars were still not enough. The Gulf War, Iraq. North Korea. Israel and Palestine. And all those other places I don’t even know of…

The world and power

The Netherlands. A lot of people think the former minister president Kok did a good job. And yes, if you are going to spend lots of money, of course people will say they did a good job. The next government broke because of a new party who had an urge for power. They loved media attention and loved to win. But in the end, they did it for themselves, not for us. The current government is trying to fix up all the messes. But with that first government spending lots of money, this one has to run a tight ship. Of course people are complaining.

The United States. Pretty much the same thing happened. Clinton spends a lot of money. To the people, he’s often considered as a good president. Then Bush comes. Okay, so he’s not too good either, but he also has to Clinton’s mess to clean up.

Indonesia. Oh, God, I hope the elections in July will go well. I hope the constant rioting and whatnot will cease one time. At least, it’s all I hear, here in the media.

The world and its money

It should be called the Money Age.

Where everything is about companies. About attracting clients and customers. About sueing people. About advertising everywhere and anywhere. About profits. About everything depending on economy.

The world and love

1 Corinthians 13:2 says: “If I had the gift of prophecy, and if I knew all the mysteries of the future and knew everything about everything, but didn’t love others, what good would I be? And if I had the gift of faith so that I could speak to a mountain and make it move, without love I would be no good to anybody.”

The world should revolve around love.

And I intend to find it.

Liz: I took this picture in the garden of my parents’ house. Kelly: Well said. It also says we’re in the end of days… Hazel: That’s life, indeed. Human life. I might need a follow-up for this rant, hehe. I’ll react some more, later. Cezanne: Which planet did you have in mind? hehe. Yeah, “us” needing to have proudness is one of the causes… Rachel: Sorry, I don’t know the name of the flower/plant. Jen Jen: Ahh, it’s comforting to know it’s safe. 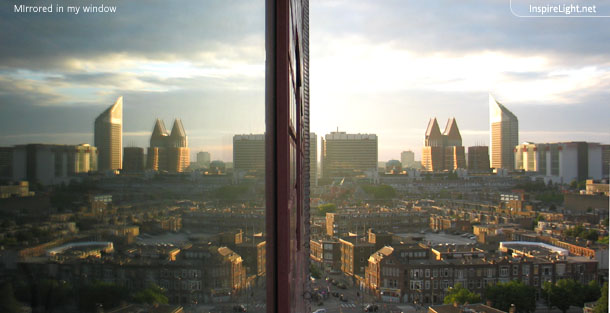 I mean, what on earth could I possibly compliment to this world? To my friends? To you people? Would all of the Internet be still the Internet, with or without my site? Oh well. Enjoy today’s photo.

Thanks: Hauke jen jen cathryn Diana angela echa Chelsea Kelly. Replies: Kelly: Yes, I am Spiderman. Don’t tell anyone, though. Jenn: Thanks for your compliment. Liz: Haha, there would be lots left to talk about. But, thanks. Michelle: Yes. Smile. You, too.